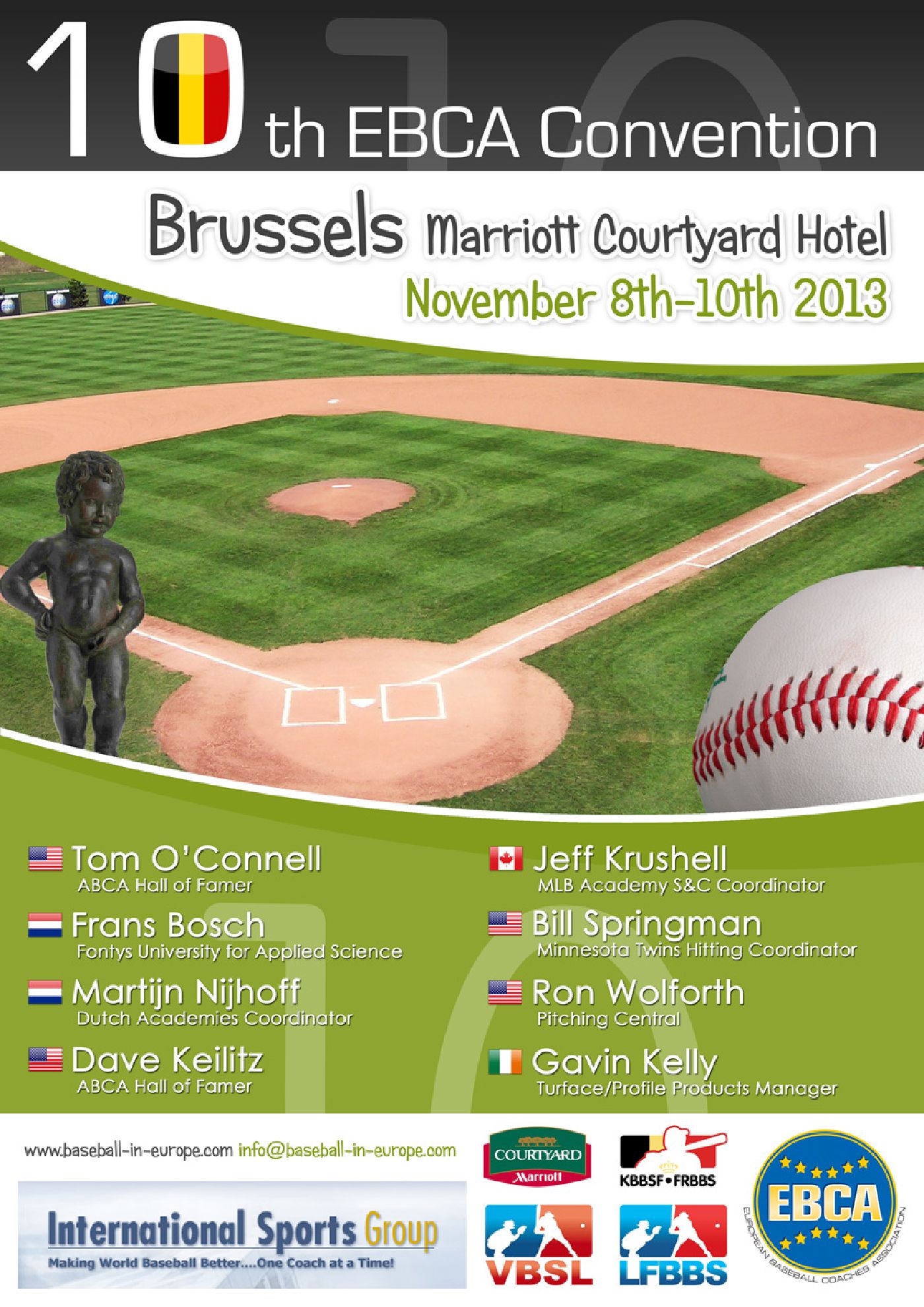 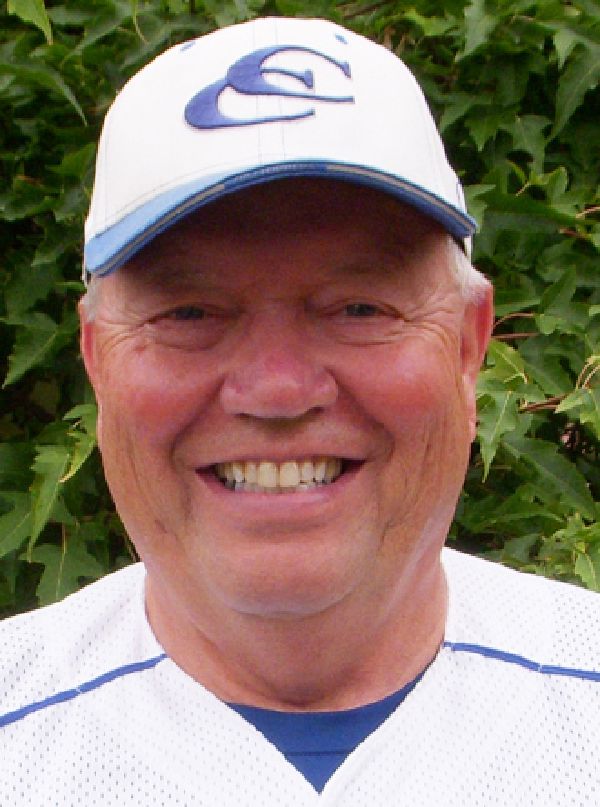 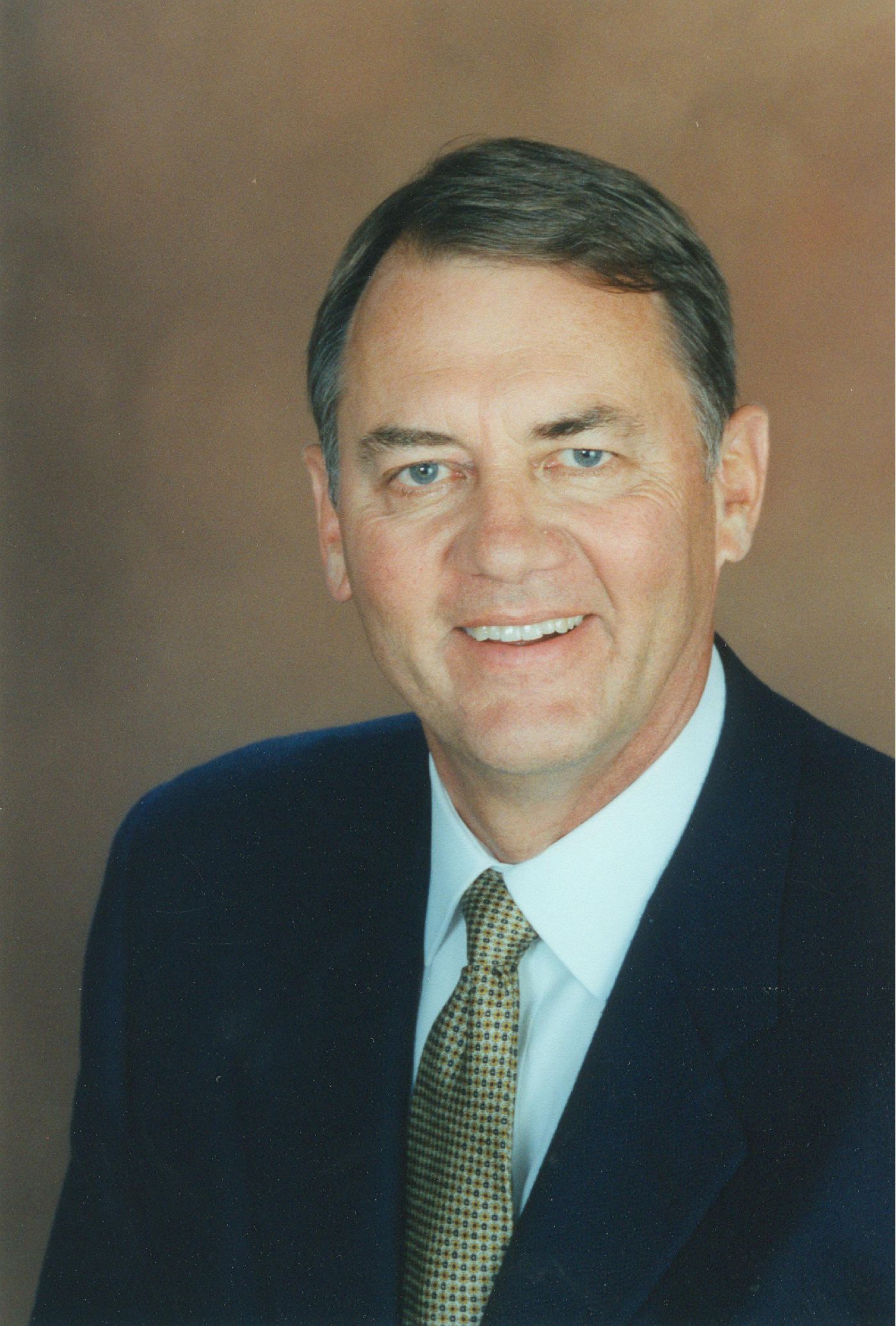 Dave Keilitz started school at Central Michigan University as a student-athlete in the fall of 1960. He became Central’s first, 1st Team All-American baseball player in 1964. He established 19 game, season, and career hitting records for the Chippewas.
He served as a graduate assistant in 1964-65 and was then appointed the freshman baseball coach the following year.
In June of 1970, he was appointed head coach at Central.In his twenty years of coaching, Keilitz never had a losing season, and in his 14 years as head coach, he had a 456-203 record.
His .692 win-loss percentage was the best of all Division I coaches in the NCAA Midwest region during the period he coached and ranks in the top 30 of all coaches nationally.
He was named MAC “Coach of the Year” several times, winning several MAC titles, and had seven of his teams in the NCAA Championship tournament.
Keilitz coached eight All-Americans, and 51 of his players signed professional contracts; seven of which played in the major leagues.In 1981, Keilitz led the fundraising effort to raise money for a new baseball stadium.
He did so again in 2001-2002 to help build the present stadium, which is one of the finest college baseball facilities in the country.

After the 1984 season, when Central won the MAC and finished second in the NCAA Regionals, and rated 16th in the country, Keilitz was appointed Director of Athletics at his alma mater.As Athletic Director, Keilitz upgraded all CMU athletic facilities and raised a considerable amount of money for the athletic program. During his tenure, every Central head coach was named “MAC Coach of the Year” at least one time.As Athletic Director, Keilitz also served on the NCAA Council and served on numerous NCAA committees.
He chaired the NCAA Baseball Committee, the Committee to “Fine Tune” legislation from the 1991 NCAA “Reform” convention and the NCAA Federation of Rules by Sport Committee.

In June of 1994, Keilitz became the Executive Director of the American Baseball Coaches Association, which consists of over 6,700 coaches from around the world.
Baseball America magazine rates Keilitz as one of the ten most influential people in baseball outside of the major leagues.Keilitz has been inducted into the ABCA Hall of Fame, the Midland County Sports Hall of Fame, the Central Michigan University Hall of Fame, the NAIA Hall of Fame and the Mid-American Conference Hall of Fame.

In 2002, he received the prestigious “Lefty Gomez Award,” which is the highest award in amateur baseball. In April of 2002, the clubhouse at the new CMU baseball stadium was named after Keilitz and his wife, Sue. Keilitz was selected as the 2002 CMU Homecoming Grand Marshal.
In December of 2005, Keilitz was CMU’s commencement speaker and was honored by his alma mater with the honorary degree, Doctor of Public Service.
In 2007, Dave and Sue Keilitz chaired the “major gift division” for a new cancer center at the Central Michigan Community Hospital; a campaign that raised over seven million dollars.
Keilitz presently serves as Chair of the McLaren Central Michigan Hospital Foundation, as well as their Board of Directors, and also serves on the CMU Development Board and the Mt. Pleasant Area Community Foundation Board of Directors.

Keilitz is married to the former Susan Prine and they have two sons, Craig and Brad. Craig is the Director of Athletics at High Point University and Brad is Manager of Customer Development for Nestle Water, North American Corporation. They also have 4 granddaughters and one grandson.

R. Wolforth is the founder and CEO of Pitching Central and Ron Wolforth's Texas Baseball Ranch, LLC in Montgomery, TX. Coach Wolforth has written 5 books on pitching, the latest being his national best-seller The NEW Athletic Pitcher ™.

Since 2003, 76 of Coach Wolforth's clients have been drafted, including the 2011 Golden Spikes Award winner and #3 overall pick, Trevor Bauer. In that same time period, 146 of Coach Wolforth's pitchers have broken the 90mph barrier. He is considered the world's leading expert on the objective measurement of pitcher's performance and movement patterns. No one in the world today has developed more 90 mph arms in a single location since 2003.

Coach Wolforth has consulted for 3 MLB organizations and dozens of NCAA programs. He is a regular featured author in Collegiate Baseball and has been a feature speaker at the American Baseball coaches Association (ABCA) National Convention five times since 1999 as well as a presenter at the American Sports Medicine Institute's “Injuries in Baseball” Annual Conference.

Coach Wolforth has also been utilized by corporate organizations such as AXA Equitable Life as a motivational coach for their branch managers, mentoring them on how to improve performance and contributions from their team members.

His 20 year passion for uncovering possible constraints and limitations to baseball performance as well as identifying the keys to accelerated growth and development stems from the fact he was very dissatisfied with the level of his own performance as a college player and vowed to help other athletes avoid his mistakes and instead maximize their God-given potential. Hundreds of elite athletes from all over the world come to Montgomery, TX to work with Coach Wolforth. Some of his clients include Trevor Bauer, Scott Kazmir, Raul Ibanez and CJ Wilson.

While Coach Wolforth's playing career offered few superlatives, his academic career was quite a different matter. He was named both the Physical Education and the Secondary Education Student of the Year at Sam Houston State University in 1983.

Coach Wolforth is considered a master teacher by many in the baseball community and he has been referred to as “America's Pitching Coach” because of his practical, self-effacing and innovative approach to common performance issues. 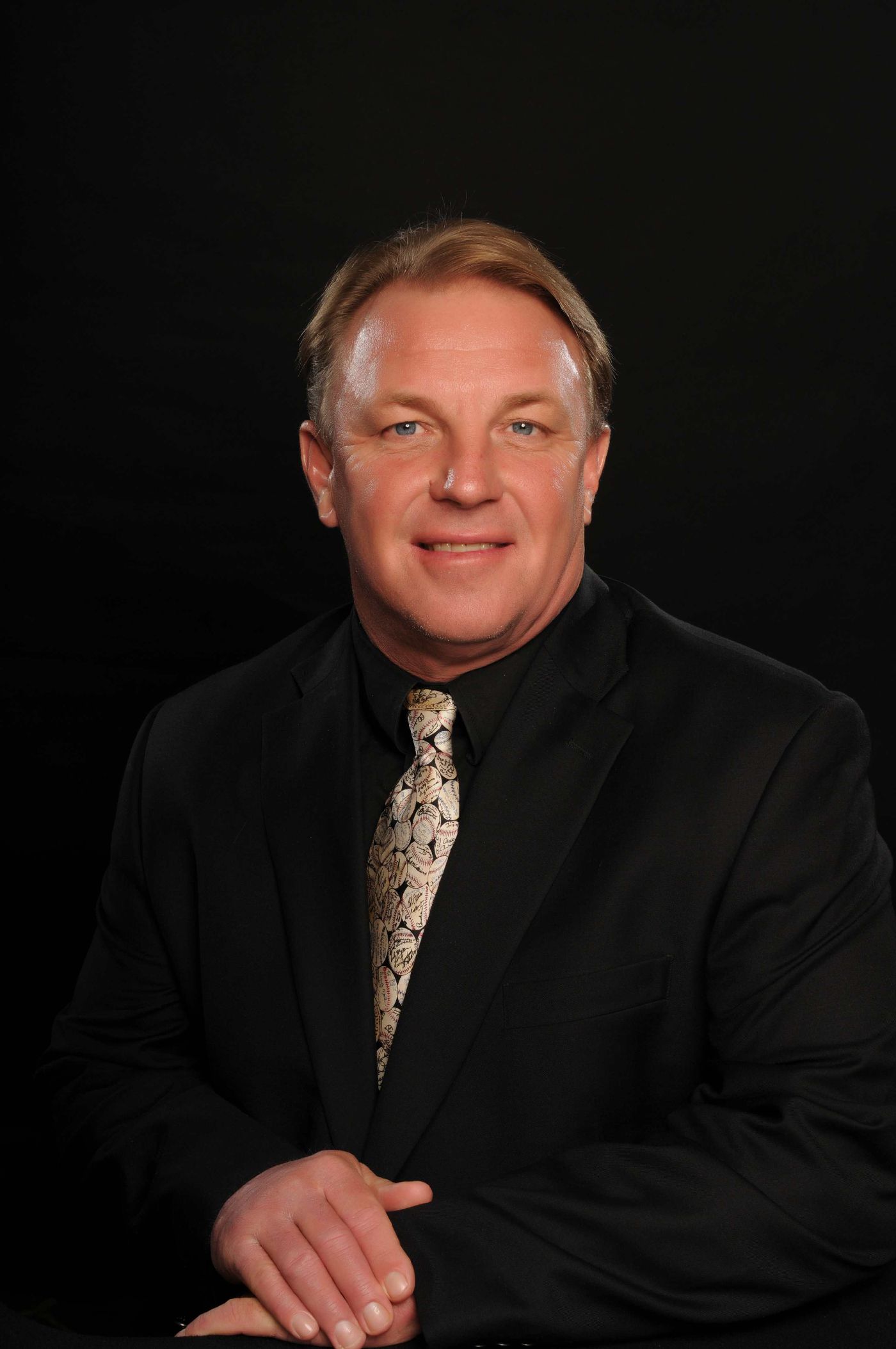 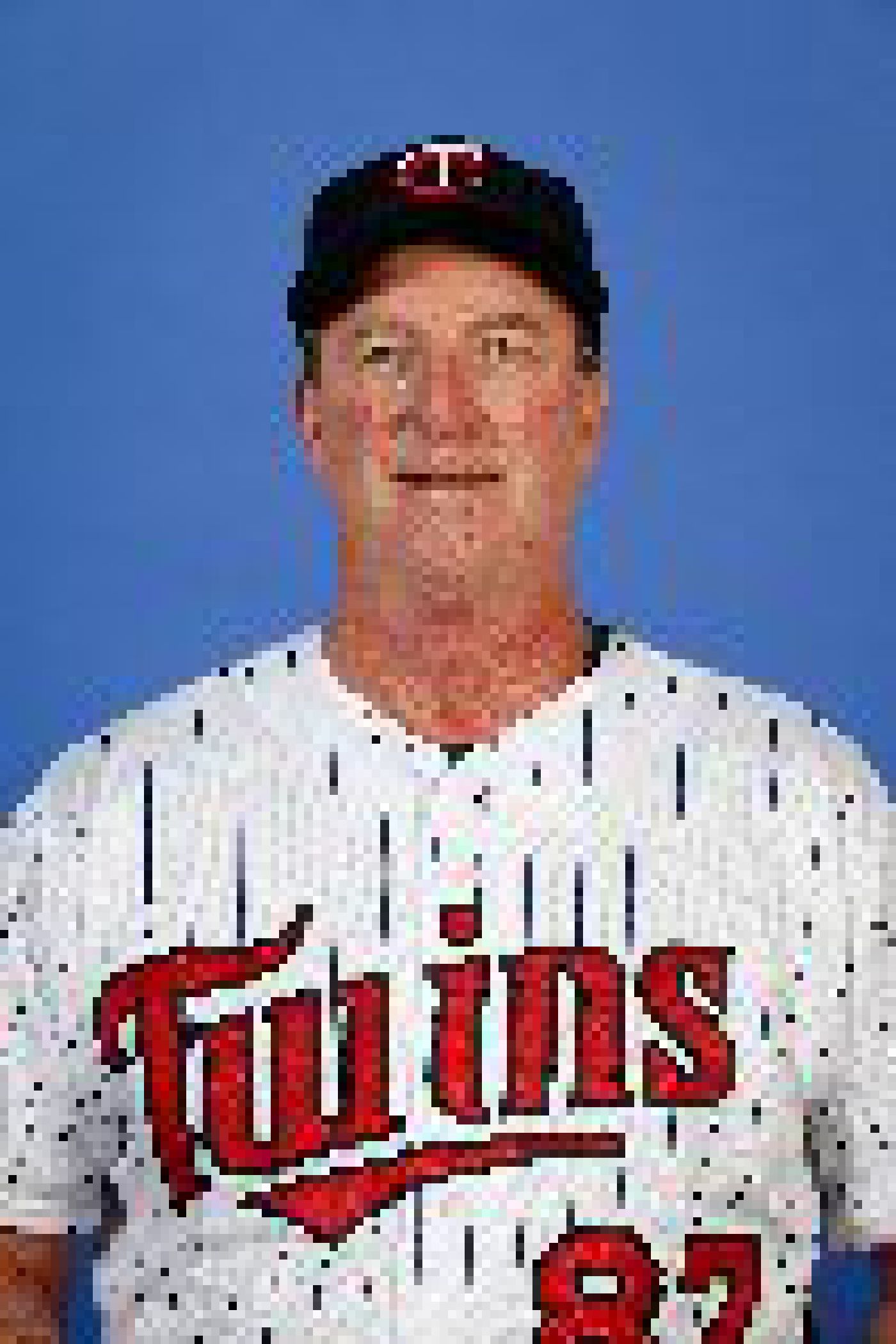 Born October 6, 1956...wife RexAnn, son Slater, daughters Sheridan and Sutton...resides in Tulsa,
Springman begins eighth season as minor league hitting coordinator after serving as hitting coach at Triple-A Rochester in 2005.
Hitting coach at Triple-A Salt Lake 1997-2000.
Played on Team USA during the 1977 World Cup Games in Nicaragua...
Selected by Pittsburgh in first round of 1977 Secondary Phase free agent draft.
Named Sporting News first team College All-American Shortstop in 1978.
Signed with California in seventh round of June 1978 free agent draft from Oral Roberts University.
Named Topps’ Single-A Shortstop of the Year in 1979.
Coach of 1992 NCAA Division I National Champions at Pepperdine.
Served as associate scout in Chicago Cubs organization 1995-96.
1985 graduate of University of Oklahoma with a degree in Physical Education.
1994 graduate of Azusa Pacific University with a master’s degree in Education.

Gavin Kelly is the Western European and North African manager for Profile Products LLC, manufacturers of Turface. Gavin has been with Profile for nearly 5 years growing and managing their network of distributors for the region.

Prior to joining Profile, Gavin had established and managed an agronomic company called Turfgrass Consultancy. He ran that for 12 years overseeing the construction and grow-in of many golf and sportsfield projects across Europe.

Gavin currently lives in the beautiful county of Wicklow in Ireland with his wife Niamh and 5 year old son, Luke. He is a keen sportsman (especially golf, football and tennis) and loves traveling.
He can be contacted at 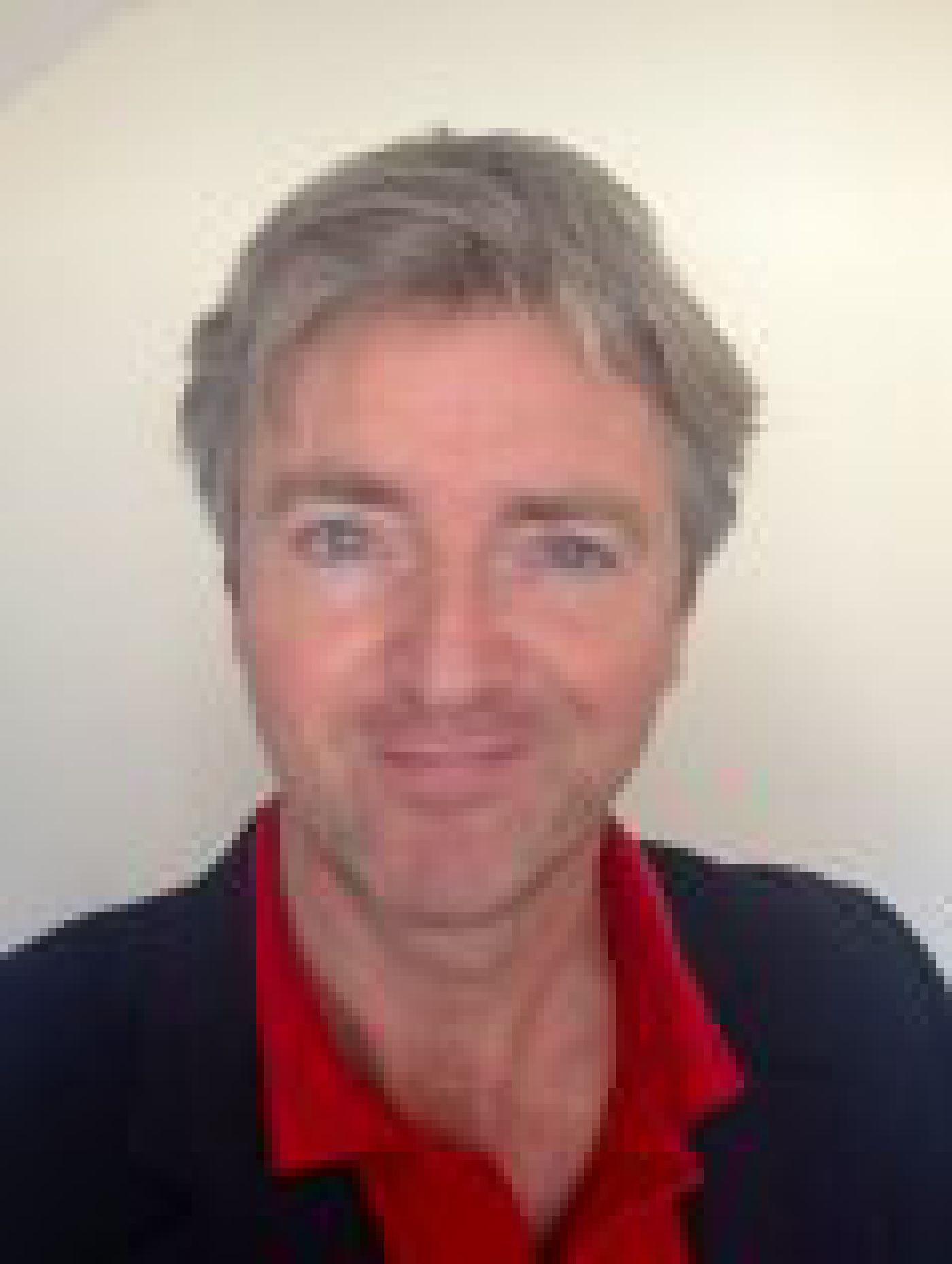 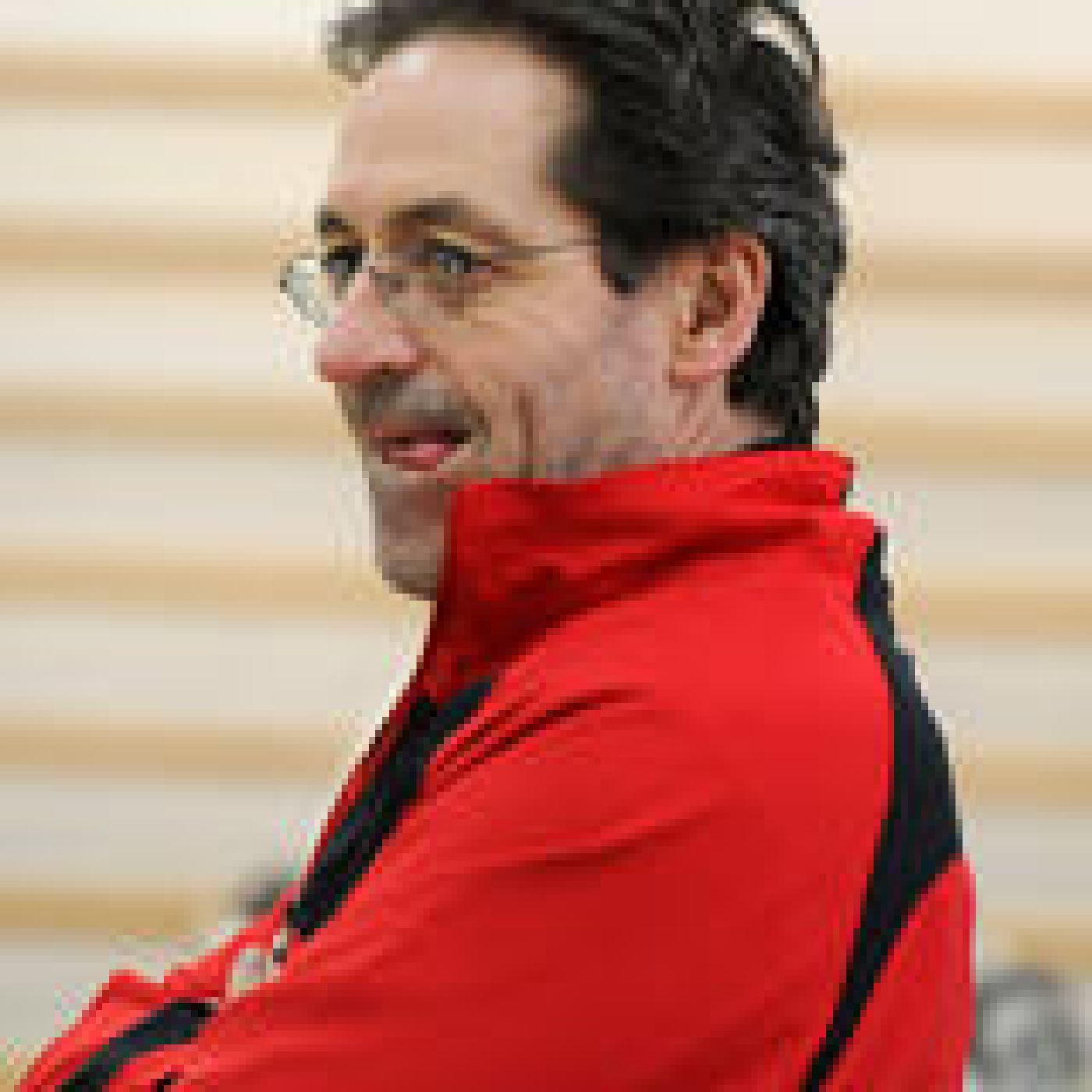 Frans Bosch earned a degree in Physical Education in 1977.

Since 1980 he worked in athletics, coaching elite sprinters and Olympic high jumpers and for some years as the national coach for jumping events.

Since 2005 Bosch teaches at the Fontys University for applied sciences in sports, mainly in the field of anatomy, biomechanics, strength training and motor learning.

Bosch has given numerous presentations on training related topics all over the world and frequently works internationally as a consultant in sport and as conference speaker on training related subjects. Clients in recent years are the English Institute of Sports, Wales National Team Rugby and others.

Together with Ronald Klomp he wrote “Running, biomechanics and exercise physiology applied in practice”, published in the Netherlands in 2001 and translated in English in 2005.

A sport scientist, Bosch has made his entry in the baseball world after the Dutch Federation knocked on his door to help develop new coaching strategies for the Dutch Baseball Academies.

A renowned speaker all over the world, Bosch was introduced to the baseball crowd at the ECC in Rotterdam where he spoke in 2011 and 2012, busting many coaching myths of a tradition-heavy sport.

As a player, Nijhoff played 9 years in the Dutch major League.
After getting his degree in Physical Education, he got heavily involved with coaching at various levels in various capacities.
From softball to baseball, in schools, camps, clinics, Nijhoff has gathered a lot of experience in his career.

He became a pitching instructor at Unicorns baseball academy in Rotterdam in 2005 and was a co-founder of the Bixie Baseball Academy in 2006.
He took the Head Coach job at PSV Eindhoven in the Overgangsklasse from 2008 to 2010 before becoming the technical coordinator for all Dutch academies.

Since 2010, he started to work in adding a stri,ng to his bow, with some classes in motor learning and performance. A field in which he worked with Frans Bosch, in order revamp the training methods in the Netherlands.
It certainly paid off as the forward-thinking Dutchman has seen 8 players signed to pro contracts and 14 more who went out to play college ball in the US since taking over at the helm of the academy development system.

Nijhoff is also the coordinator of all Dutch youth national teams and the pitching coach of the AAA team. 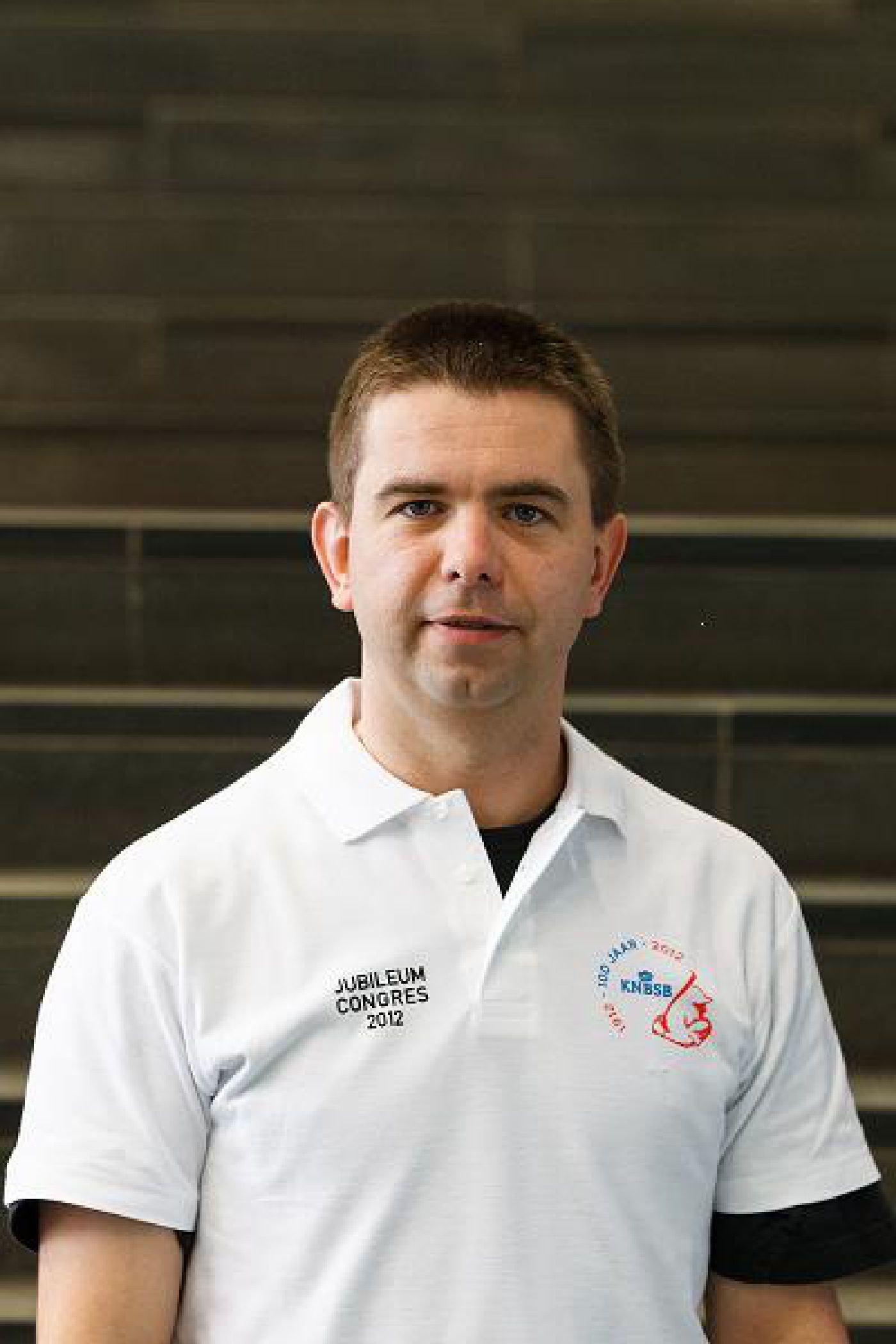 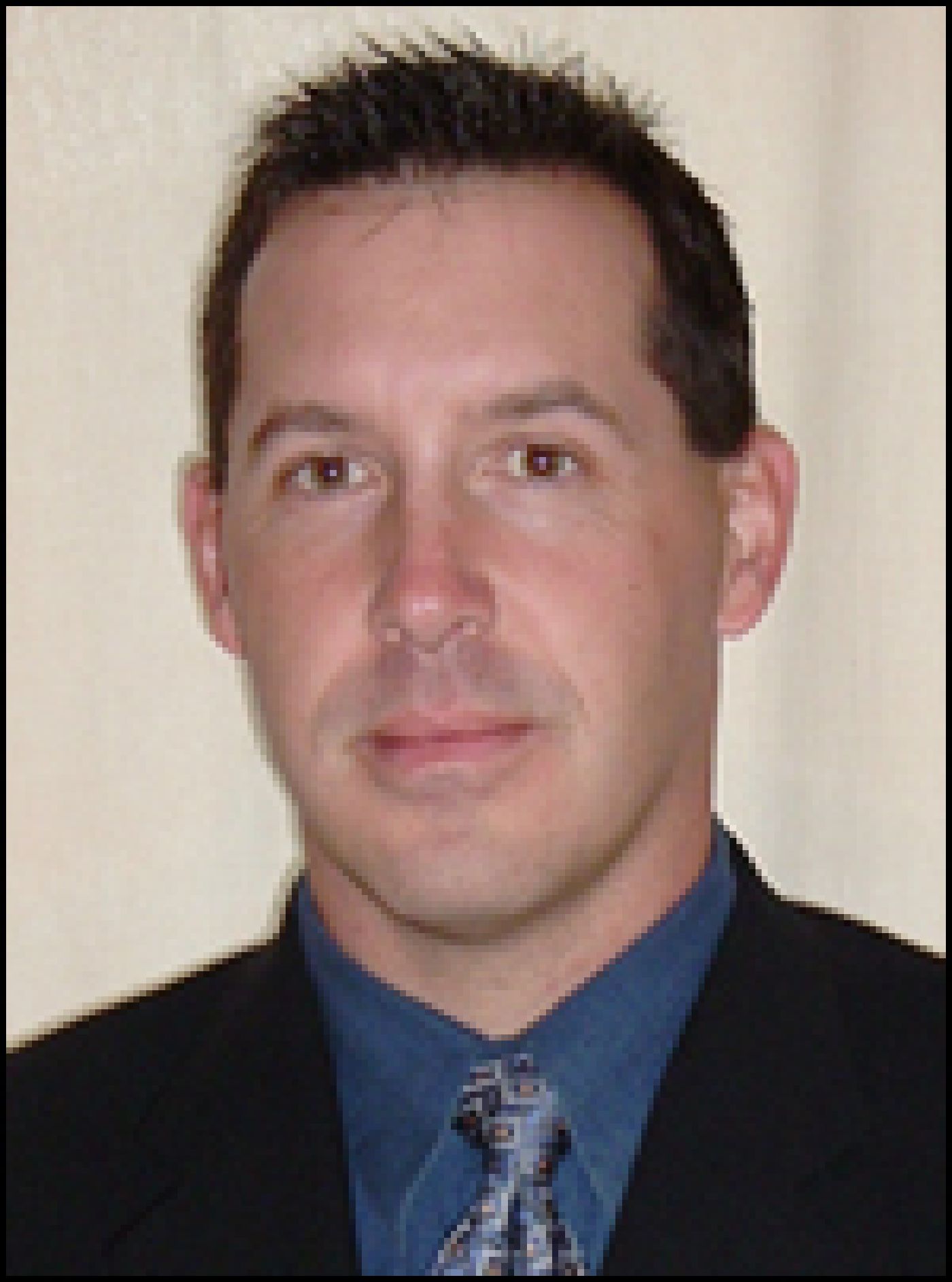 In 1994 Jeff Krushell graduated with a Bachelors Degree in Kinesiology from the University of Calgary. While attending school he worked as a Strength and Conditioning Coach with the varsity teams as well as professional and nationally ranked athletes.

It was here he started his first company Performax Strength and Conditioning.

Moving to Edmonton in 1996 he worked as the Director of Athletic Development at the Edmonton Sport Institute, training athletes from many sports and developing camps and school programs that still exist today.

Late in 1997 Jeff moved on to the Royal Glenora Club of Edmonton as Director of Sport Performance Development overseeing the strength and conditioning for the Elite Athlete Training Center.

During the spring of 2003 Jeff stepped down from the Blue Jays to pursue a private business “Krush Sport Performance”.Jeff Krushell, owner of Krush Performance, consults with Major League Baseball International overseeing the Strength and Development program on a global scale.


Jeff has consulted with the Edmonton Eskimos of the CFL and works with a handful of elite athletes at his home base in Edmonton.

Also, as the Director of Human Sport Performance, promoting cutting edge sport science and drug free sport,Jeff Krushell has developed a professional network of sport contacts that includes Athletes, General Managers, Coaches and Sport Scientists from every discipline, every level of sport and reaching all around the world. 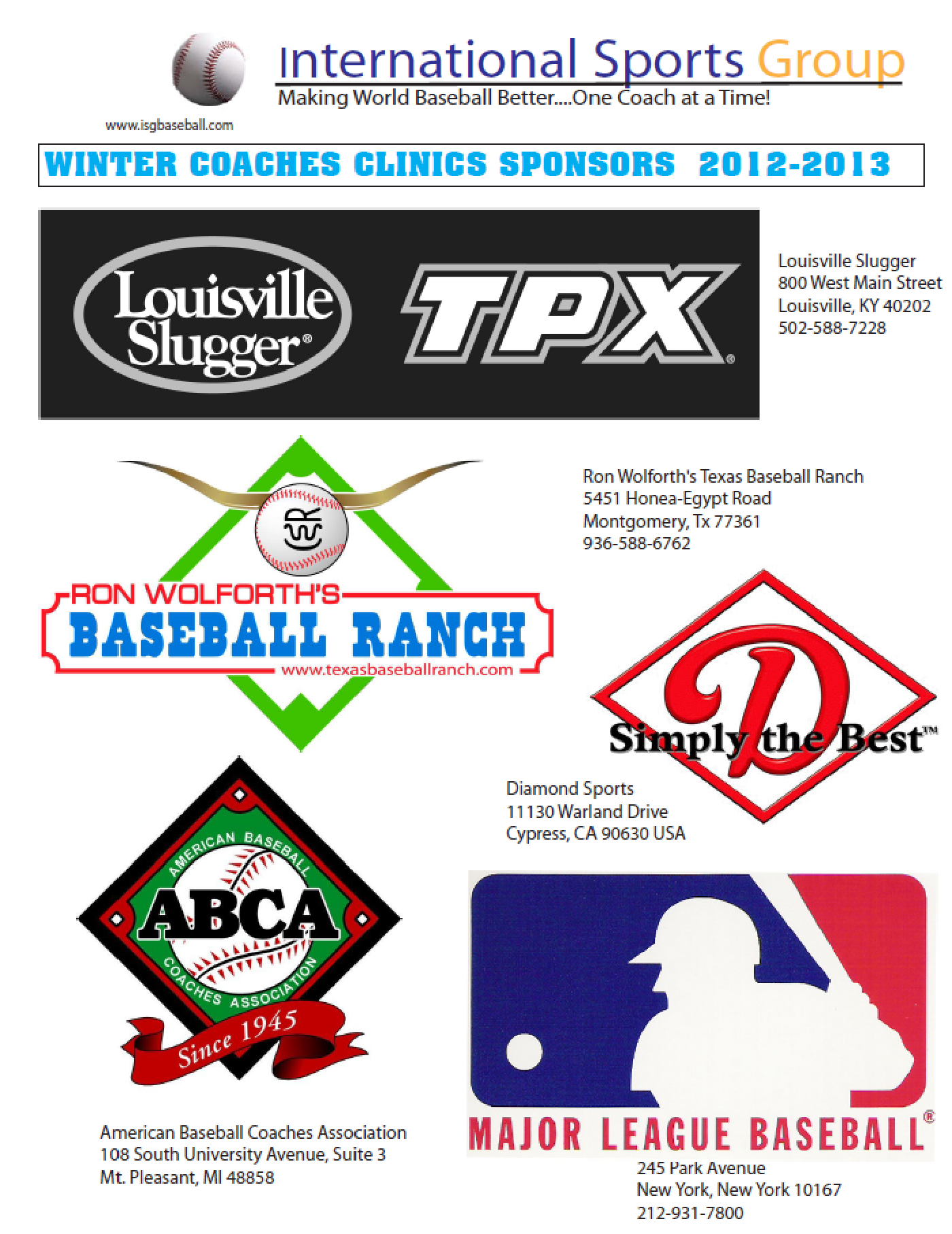