Every year the EBCA Convention is held in an European city. More than two days of international speakers about baseball. Learn, refresh and review your coaching knowlegde of the baseball game.

The confirmed speakers you can find below. 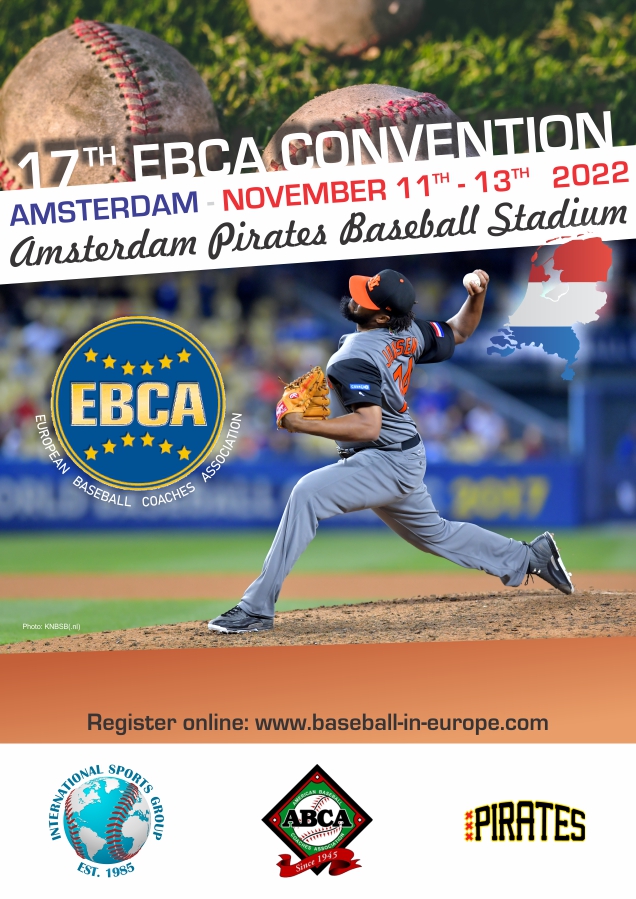 The presentations of Darren Fenster at the EBCA Convention 2022 are now online available to members.Sign in to the Member Area (https://www.baseball-in-europe.com/members/)...

We are exited to announce our first speaker for the 17th EBCA Baseball Coaches Convention 2022: Darren Fenster. More about Darren Fenster can be found...

We already had Ryan Harrison as speaker at our Webinar Series 2021, but now he will join us in person at the 17th EBCA Baseball Coaches Convention...

Get notified about the latest EBCA news and the next EBCA Convention. Enter your email address below...

The convention will be held at the Amsterdam Pirates Baseball Club, which is located at Sports Center Ookmeer, Nieuw West-Amsterdam. The Sports Center is easy reachable by public transport (train > bus 369, 5 min. walk) and car (free parking at clubhouse). Schiphol Airport is less than 15km from the EBCA Convention. 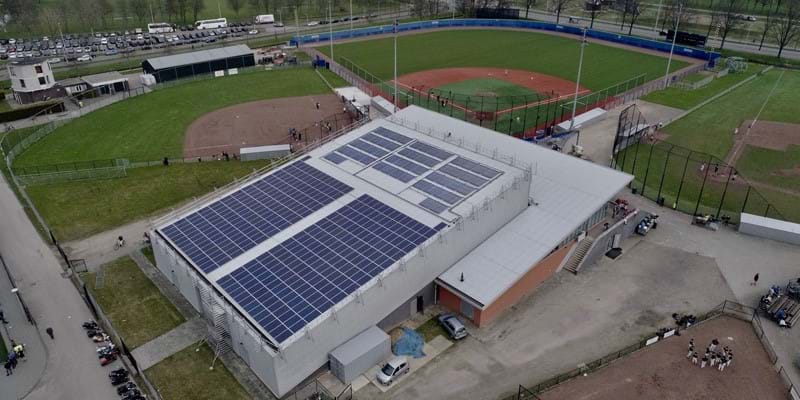 NOTICE! The EBCA Convention 2022 is NOT held at any particular hotel.

What to consider
when looking for a hotel

The EBCA Convention itself is held at Amsterdam Pirates (address: Herman Bonpad 5, 1067SN Amsterdam). Due to late decision to organize the EBCA Convention this year, we were unable to negotiate special conditions for a hotel. There are no hotels in the direct vicinity of the venue, but the Amsterdam Pirates Clubhouse is not that far from Schiphol International Airport. We suggest one of the many hotels close to Schiphol Airport.


Do notice that the EBCA does NOT offer any hotel deal(s), nor is the EBCA responsible for any bookings made. A quick search on the web might bring you alternative offers in any of the closeby hotels, hostels or B&B's. 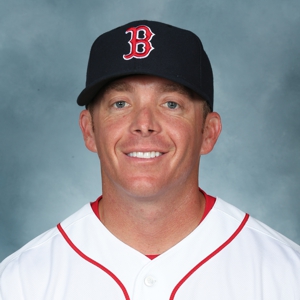 Fenster just completed his first season as the Red Sox Minor League Infield Coordinator after spending three years as Boston's Outfield and Baserunning Coordinator. Last summer, he served as Third Base Coach on manager Mike Scioscia's staff for the silver-medal winning U.S, Olympic Baseball Team in Tokyo. Now 11 years into his tenure with the organization, he started as the hitting coach for the Greenville Drive in 2012 before managing for the next six ranging from the Rookie-level Gulf Coast League to Double-A. In 2014, Fenster was named Greenville's manager and guided the Drive to its first South Atlantic League championship in team history in 2017 before being named the Portland Sea Dogs skipper in 2018. Prior to joining the Red Sox, Fenster spent six seasons at his alma mater, Rutgers University, as Director of Operations, Assistant Coach, and Recruiting Coordinator. Additionally, he helped lead the St. Cloud River Bats to the Northwoods League title in 2007 and was an assistant for the Cape Cod Baseball League’s Orleans Cardinals to a league-best 25-17-2 regular season record in 2008.

As a player at Rutgers, Fenster was a two-time All-American and was named Big East Player of the Year in 2000 before being selected by the Kansas City Royals in the 2000 MLB Draft. He spent five seasons in the Royals minor league system, where he hit .267 with 63 doubles, 179 RBIs, and 215 walks in 438 games, and was named a Carolina League All-Star in 2002 and 2004. In 2008, Fenster was elected to the Rutgers Olympic Sports Hall of Fame. Drawing upon his baseball experiences as both a player and a coach, Fenster provides unique and insightful educational content as a contributor for the USA Baseball Develops Blog. He was named the first-ever USA Baseball Coach Educator of the Year in 2019 for his contributions that assist coaches, parents, and leagues in developing young players and improving their experience within the game of baseball. Darren is also founder and CEO of Coaching Your Kids, LLC, where he leans on his twenty-plus years in baseball to help not only grow the game but to also help breed leadership, culture, and teamwork amongst different organizations, sports and business alike. 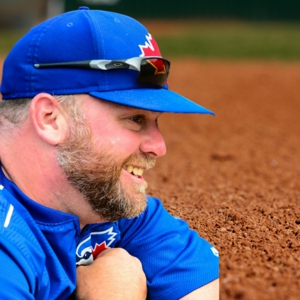 With two decades of working with Professional, Collegiate and amateur teams and individual I have been involved in the development and implementation of SlowTheGameDown marketing and training curriculum. Working with my father, Dr. Bill Harrison allowed me to learn from the premier specialist in Sports Vision. We developed training products and coauthored 3 books together "How2Focus: Like the Pros," "How2Focus: The Hitter‘s Zone," and "How2Focus: The Pitcher‘s Zone." 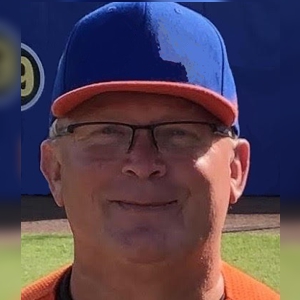 Eric de Vries was a star pitcher in the Netherlands and played in the Olympics.
De Vries debuted in the Hoofdklasse as teenager with HCAW in 1979; he would pitch for them through 1982.
Eric debuted for the Dutch national team in the 1980 Amateur World Series and would be with them through 1993, pitching in 39 games. He played in the European Championship six times, the Baseball World Cup or Amateur World Series five times and the Haarlem Baseball Week five times.
He was in the 1981 European Championship (Gold Medal), 1982 Amateur World Series, 1983 European Championship (Silver), 1983 Intercontinental Cup and 1987 European Championship (Gold). He was with the Giants Diemen from 1983-1985, then was with HCAW for 1986-1987. In the 1988 Baseball World Cup, the right-hander allowed 16 hits, 6 walks and 11 runs in 10 2/3 IP. He helped the Netherlands to Silver in the 1989 European Championship.
From 1988-1994, he played for Neptunus. De Vries pitched in the 1988 Olympics. He was 9-0 with a league-best 1.80 ERA in the 1989 Hoofdklasse and was named Pitcher of the Year. In 1990, his 3.05 ERA led the circuit and he repeated as Pitcher of the Year.
In the 1990 Baseball World Cup, the right-hander surrendered 16 hits and 9 runs in 6 1/3 IP, going 0-1. He was with the Netherlands for a Silver Medal in the 1991 European Championship and a Gold in the 1993 European Championship. In the 1993 Euros, he was lit up for 7 hits, two walks and seven runs in two innings. His 31.50 ERA was easily the highest on a staff that otherwise was at 2.57; Dave Dusseau was next-highest at 19.29. For his career in the Netherlands, De Vries pitched 258 games and went 105-80 with a 3.18 ERA. He had 1,217 strikeouts in 1,540 1/3 IP.
Through 2004, De Vries ranked 6th all-time in the Hoofdklasse in wins behind Bart Volkerijk, Herman Beidschat, Haitze de Vries, Orlando Stewart and Craig McGinnis.
De Vries was pitching coach for the Pioniers in 1995 and held that role when they won the Hoofdklasse pennant in 1997. He later coached for HCAW and opened a pitching academy. He coached for the Belgian national team at the 2003 European Championship. In October 2009, he became the pitching coach of the Amsterdam Pirates. 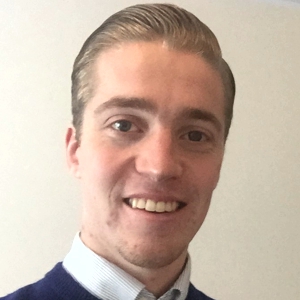 Obtained a PhD in Biomechanics and Motor Learning in 2019 at the Vrije University Amsterdam on his thesis ‘Perfecting your Pitch’ LINK.
Worked as Embedded Scientist for the Dutch Baseball Federation (KNBSB) from 2018-2020 working with the Dutch National youth academy (CTO Amsterdam) and the national teams.
Is the founder of PITCHPERFECT, the first multi-sensor system from baseball pitchers that provides real-time biomechanical feedback to players on the field. www.pitchperfect-baseball.com 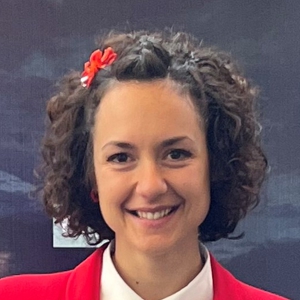 Works as a researcher in the statistics group of the Department of Applied Mathematics at Delft University of Technology. Larisa is involved in the Citius, Altius, Sanius project that studies injury prevention in overhead athletes. 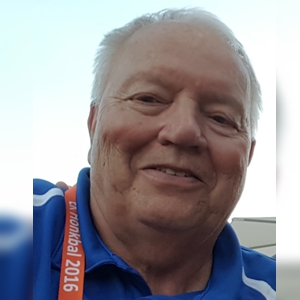 The first high school coach ever elected President of the American Baseball Coaches Association (ABCA), Tom O’Connell recently retired after 51 years of coaching baseball. From 1969 – 2000, he coached at Pulaski High School in Milwaukee where his teams won more games than any sport in the school’s history. After retiring from the school as a teacher, he coached the next 15 years at suburban Catholic Central High School in Burlington, Wisconsin where his Hilltoppers won five State Championships while appearing in the State Quarterfinals a record ten straight years. For the last five years of his career, he worked at reviving a program which had fallen on hard times in St. Francis, Wisconsin.

Throughout his career, O’Connell received many accolades including being selected National Coach of the Year three times: in 2004, 2010 and 2011. In 1995, he coached the USA Baseball North Team in the United States Olympic Festival in Colorado, the last of such festivals ever conducted. He was also named Midwest Coach of the Year four times, conference coach of the year on numerous occasions, and has been inducted into five different Halls of Fame including that of the ABCA where in 2007 became only the 16th high school coach to be inducted in its history.

After leading the High School Division of the ABCA from 1984-1996, he was elected an officer of the group and served as President in 2002. He now serves on the Board of Directors and hosts the International Coaches Reception at its annual convention. He presided over the Wisconsin Baseball Coaches Association for 20 years and in 1991 was named the Wisconsin Man of the Year.

When asked, O’Connell will readily say he is most proud of two of his accomplishments: one is helping develop the ABCA Code of Ethics and chairing a committee which chooses yearly recipients for the Dave Keilitz Ethics in Coaching Award, one of the organizations most prestigious honors, which is presented to active coaches whose careers have embodied the concepts in the ABCA Ethics Code, and the other is his ongoing work in international baseball first as a resident Envoy Coach and for the past 20 years educating coaches with ISG Baseball.

Coach O’Connell is a frequent speaker at clinics around the United States and Europe having presented at coaching clinics in eleven states, eleven European nations and in New Zealand. He is president of ISG Baseball and oversees the organization and planning of its annual winter coaching clinics. O’Connell served as the Lead Envoy Coach in Germany for Major League Baseball beginning in 1993 – spending fifteen of his summers developing players and coaches – and has scouted for the Dodgers, Reds, Phillies and Orioles.

Besides his avocation in baseball, he has been intensely involved with Milwaukee Irish Fest, the largest Irish music festival in the world, serving on its Board of Directors, supervising Festival activities and booking entertainment. He and his wife Paula celebrated their golden anniversary in 2017. They have three grown children and six grandchildren. 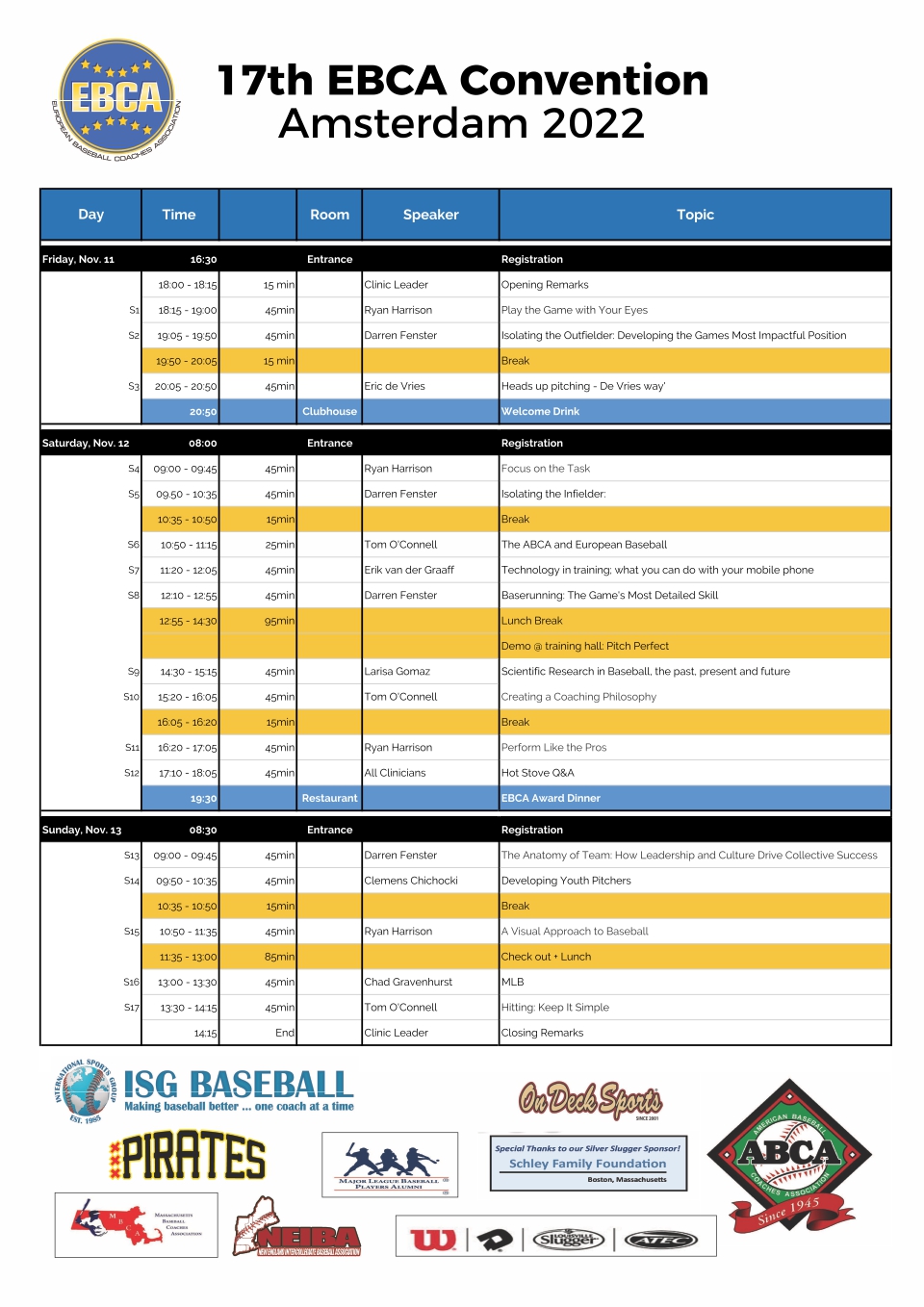 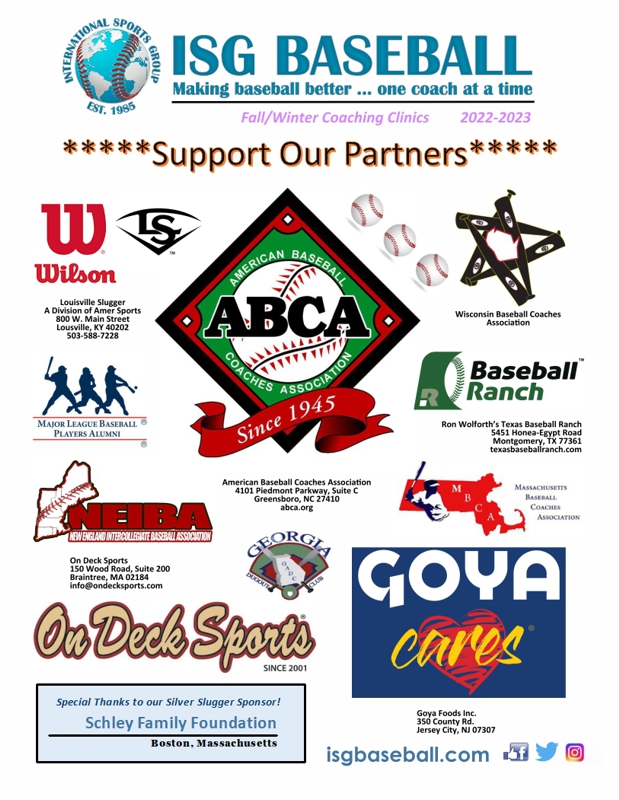 Join us for the 2022 EBCA Award Dinner.
Celebrate with us the newest awardees and meet our speakers and colleagues from all around Europe and the USA.

Saturday November 12th, 2022 - 19.30
At Later aan ‘t water, Nieuwemeerdijk 98, Badhoevedorp
Price: 35 Euro / person (3 course dinner)
Drinks are excluded.
Please pre-register at
to secure your seat at the table.
There are only 25 available! 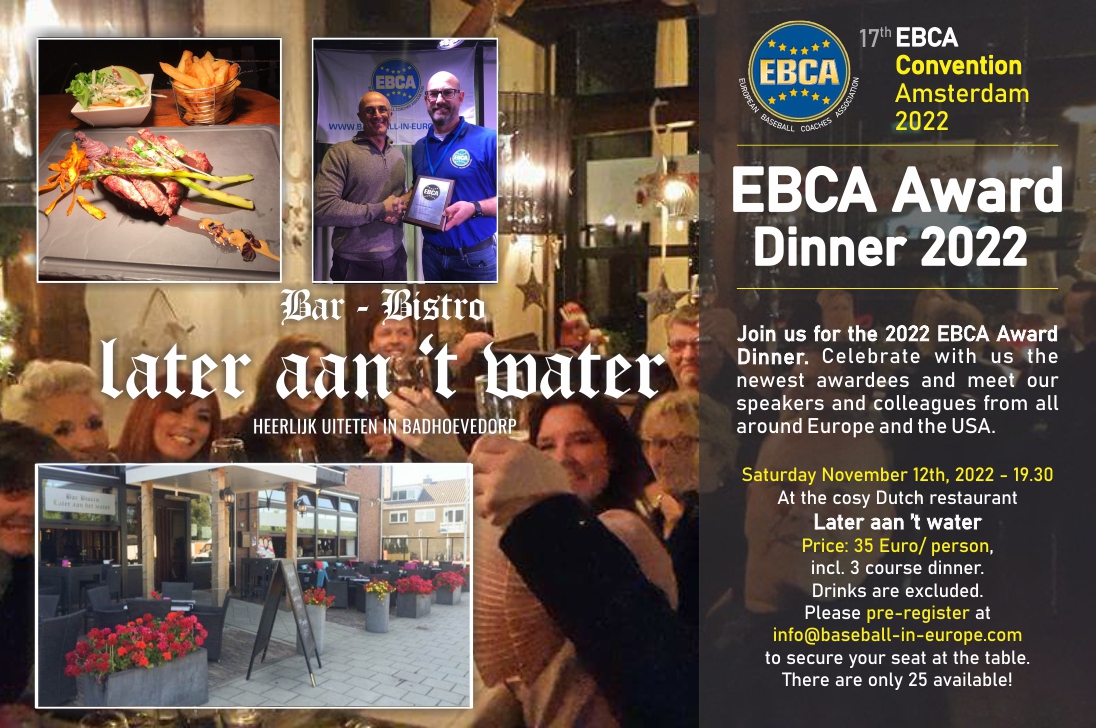